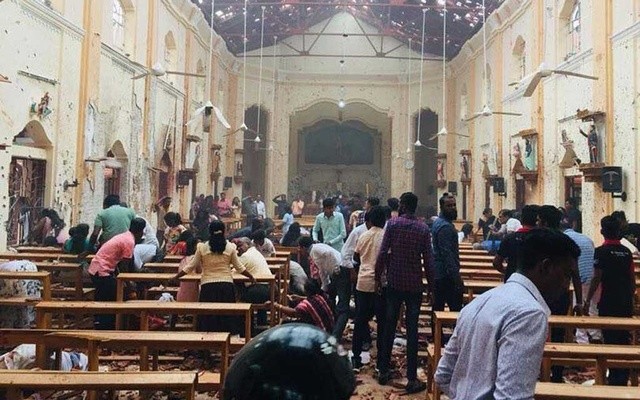 The 8th bomb blast happened on Sunday afternoon in Colombo, Sri Lanka’s capital. In Colombo 7th and 8th bomb blast occurred in a few moments in the afternoon. Two people have died in the 7th bomb blast. Information about the damage done in the 8th bomb blast has not been revealed. After these blasts, the Sri Lankan government announced a curfew in the country from 6 a.m. to 6 a.m. on Monday morning. In addition to security in the whole country, the use of social media including Facebook and Whatsapp has been banned.

According to source, so far 162 people have been killed in these bomb blasts. These include 35 foreigners also. In addition, more than 500 people are reported to be injured. These blasts have been done during the Easter festival of Christians. The Sri Lankan police are on alert at this time. The army has also been deployed. Before this, there were about 160 deaths in the six serial bomb blasts that took place in Colombo’s Church and five-star hotels on Sunday morning.

10 days before the serial bomb blasts in Sri Lanka, the country’s police chief issued a warning and said that suicide bombers could target ‘important churches’. Police chief P. Jayasundra had sent a spy alert to the top officials on April 11. Some videos of bomb blasts have also surfaced on social media. It can be seen that the roof of a church was blown after the blast. Also the walls of the church have also been damaged. There was screaming in people. However, we do not confirm these videos.

It is being reported that 40 people in Colombo, 62 in Negombo and 27 in Baticaloa died. Police believe that the number of injured can increase. These blasts took place when a prayer meeting was going on in the church at Easter.

After the blast, there is an atmosphere of irreverence in the whole city. With the help of ambulance, the injured are being transported to the hospital. To control the situation, a large number of security forces have reached the spot. Indian Prime Minister Narendra Modi and President Ramnath Kovind have also condoled the serial blasts in Sri Lanka.