Ever since the invention of computers, they have changed greatly in terms of size and storage space. Now we no longer have those large computers which were very slow and did not have ample storage space. Nowadays, computers have taken a small size while still having a big enough space that makes using them quite easy. If you are enthusiastic about tiny computers but do not want to use the Raspberry Pi for its low power, then you can consider making use of the ATOMIC Pi. This feature packed device has the possibility to transform your life fully. To make it even better the Atomic Pi combines the small form factor of a Raspberry Pi with an Intel Atom processor. Before you make the decision to buy the Atomic Pi, here are some of the things that you need to know.

Atomic Pi features a quad-core Intel Atom X5-Z8350 with a 2M cache, 1.92GHz maximum clock speed and a 480MHz GPU. This feature makes it beat other devices available in the market such as the famous Raspberry Pi and other desktops that we have at the moment.  Apart from the Quad-core Intel atom, it also features 2GB DDR3L-1600 memory HDMI, USB 2.0 and USB 3.0 ports, 16GB eMMC storage complemented by an SD card slot with support of up to 256GB of additional storage. 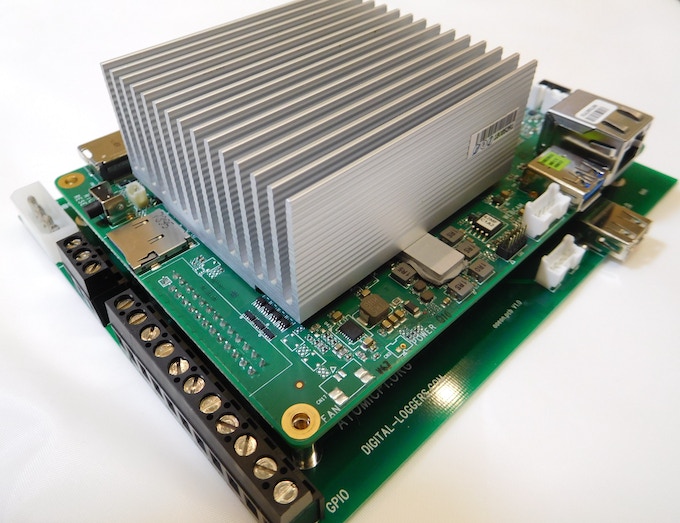 Atomic Pi also happens to feature a “legitimate licensed BIOS” that has the capabilities of booting from USB, SD or Ethernet connected storage. Just like the Linux which comes pre-loaded, the Atomic Pi also runs the 32-and 64-bit versions of Windows 10.  Digital Loggers are also offering the multiple configurations of the Atomic Pi. The base versions consists of the board and has a price tag of $34. As for the next model, it adds a 2.5mm PSU and costs around $39.

In order to get yourself the Atomic Pi, you will have to visit Amazon or a Digital Loggers store.  For those who cannot wait to get this itty-bitty computer, you can ask for Prime Shipping from any online store that you decide to work with and it will be delivered within the shortest time possible.When it comes to pricing,the Atomic Pi as a Full Developers Kit which features a camera, a power supply and two Atomic Pi boards will cost $95.On the part of 24 of the single board computers, you must be ready to part with $696.

Other specs that you can get from the Atomic Pi, include:

The Atomic Pi is among the best inventions of our era as it has made things quite fast. Furthermore, it is very fascinating when compared to other devices with similar capabilities that we have in the market.