126 POSTS 0 COMMENTS
Christine Peter is an experienced Computing Architect with skills in data modeling, IT infrastructure (cloud/containers/labs) and architecture patterns, usability (UX), and information security. He is a dedicated professional who provides overall design directions and hardware recommendations. On the other side, his favorite hobby is to write poems and has published several intriguing compositions on his personal blog. 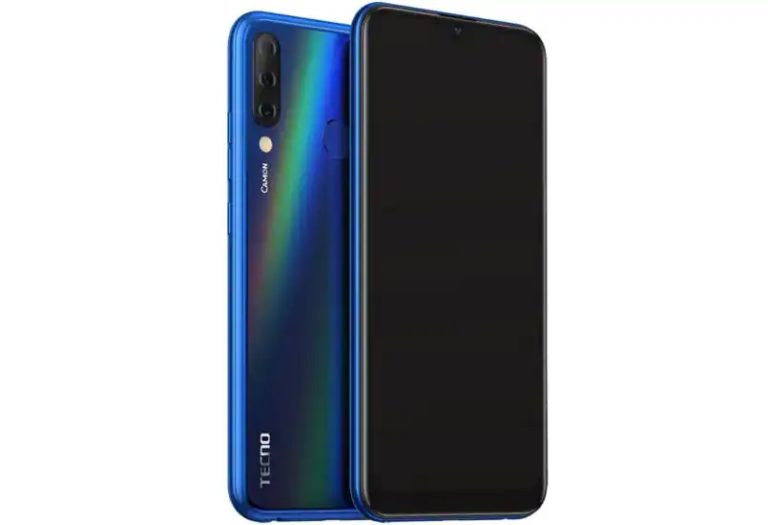 Tecno Camon i4, the latest offering from the Transsion Holdings brand has been launched in India. Transsion Holdings has been an offline brand, and the latest model from this company i4 features a triple rear camera which can be considered as its biggest highlight. The phone comes with Android 9.0 Pie out of the box and has a waterdrop notch display with the 6.2-inch screen.

The mobile has face unlock, 3,500 mAh battery and MediaTek Helio P22 SoC. Based on the price point, the Tecno Camon i4 will be competing with Redmi Note 7 in India.

Tecno Camon pricing starts from 9,499/- where the users will get a basic version of the mobile with 2GB RAM and 32 GB internal storage, the next version of mobile costs 10,599/- with 3GB RAM and 32 GB storage and then the final version will be available at 11,999/- for 4GB RAM and 64 GB internal storage. Mobiles will be available in four variants- Champagne Gold, Aqua Blue, Nebula Black, and Midnight Black colors.

The 2 GB and 3 GB variants will have Quad-core MediaTek processor whereas the 4 GB variant will have octa-core MediaTek processor. All the three variants of Tecno i4 will sport a triple camera at the rear end. The primary camera is of 13 Megapixel, the secondary camera is of 8 Megapixel, and the third camera is of 2 Megapixel. The company added some extra features like Bokeh mode, stickers, etc. on the mobile. The front camera of Tecno i4 is of 16 Megapixel with special low light photography feature.

Mobile comes with two internal storage variants-32 GB and 64 GB. Both variants have expandable memory feature with SD card. You can find fingerprint sensor on the rear end and the phone also comes with face unlock feature.

After long anticipation, Apple upgraded its budget iPad mini family last month with the launch of the iPad mini (2019) version. This new 2019 version of iPad mini is named as iPad mini 5. While the design of this new iPad mini looks similar to the one that has been released last in 2015- the iPad 4, the company had made some internal changes which were revealed when the device was torn down.

iFixit team has put this iPad mini through its standard teardown practice to find the changes that have been made. This teardown has easily depicted how iPad mini is better when compared to its predecessor. The hardware components were detailed accurately. The teardown has also highlighted the fact that the iPad mini is not a scaled down version of iPad air which has got some significant upgrades in terms of display, camera, and processor.

The ifixit team has remarked that there is one of the most critical exterior change between the iPad mini 4 and new iPad mini. This new iPad has a fresh model number- A2133 on the chassis. Apple has also removed all the regulatory markings from this new model. The company has also ditched these regulatory markings from iPhone X, iPhone 8 and iPhone 8 Plus back in 2017.

Unlike the previous model which had a 1.2- megapixel front camera, this new iPad mini will have a 7-megapixel front camera with an f/2.2 lens. The company claims that this iPad is equipped with the same camera setup that was present in 10.5 inches iPad Pro. The engineers’ team from iFixit has also found that the microphone is sitting very close to the selfie camera.  The teardown has revealed that this iPad mini has Bluetooth v5.0 support and 3 GB of RAM.

NASA is planning to take Humans to Mars by 2033

NASA had made it clear that they want to take astronauts back on the moon by 2024. As of now, NASA is zeroing in on the Red Planet. The US space agency has confirmed that it wants humans to reach Mars by 2033.

NASA’s administrator Jim Bridenstine said Tuesday that to achieve their goal of reaching Mars by 2033, they have to move forward quickly.  There are some other segments of the program that includes a lunar landing.

Bridenstine has stated to lawmakers at a congressional hearing on Capitol Hill that they want to achieve this Mars landing by 2033. “We can move up this Mars landing by moving up the moon landing. The moon is the proving ground right now” he further added. Jim Bridenstine is a former congressman, and he was appointed as NASA’s administrator by Donald Trump.

The new date has political significance too. It will be the final year of Trump’s eventual second term as the President of America at White House.

Many experts and lawmakers are worried that NASA won’t be able to reach this new deadline as Boeing is taking a lot of time in developing the heavy-lift rocket- The Space Launch System. Any mission that has been planned to reach Mars would take two years. Reaching Mars alone takes up six months, unlike the moon which can be reached in three days. Round Trip around Mars can take place if the Red Planet is positioned on the same side of the Sun where Earth is right now. This occurs once in 26 months so the dates can be adjusted with 2031, 2033 and so on.

Whatsapp has made a new announcement on Wednesday that it is rolling out new privacy settings which will help you in deciding who can add you to the groups. This will prevent the spam additions which has been an issue for so many users. This instant messaging app is going to bring an invite system which will necessarily give the users a choice of joining the group or not.

This new update is going to play a crucial role in India as the election season will be coming soon. Almost all the political parties are using platforms like social media and instant messaging apps to reach out for a wider section of the audience and influence many people at a time.

WhatsApp has released a new press note on Wednesday stating that with this new privacy setting and invite system, users will gain more control over the groups in which they can be added and the group messages that they want to receive.

A specific privacy setting feature will be incorporated into the app and the users have to select it to gain control over the groups. The users can access it by going to the settings menu of WhatsApp>Accounts option, go to privacy and then select groups.

You will be provided with three distinct options- nobody, my contacts and everyone. If you select nobody, you will be prompted with an alert every time someone tries to add you into a group, and you have the provision of accepting or rejecting the invitation. If you select my contacts, all the contacts present in your address book will be able to add you to the group, if you choose everyone, anyone with your number will be able to add you to the group. This new feature is available for beta users and for remaining people this update will come in a few weeks.

Shanghai’s Tech Dream in doubt due to a missing unicorn

The first batch of the candidates of China to take part in its version of the tech-focused Nasdaq is an uninspiring brunch. Shanghai Science and Technology Innovation Board had called for applications to be listed in the board. The board had received a total of nineteen applications out of which nine companies have been vetted to be listed in the Shanghai Science and Technology Innovation Board.

However, they are quite tiny and are planning to raise just $ 1.6 billion that too in a combined effort.  This minimal amount of $1.6 billion is only a fraction of the $5.4 billion that Xiaomi Corp. had taken when it sold its share to Hong Kong last year. The investors of this endorsement include names of few renowned companies such as Wuhan Kequian Biology Co., a maker of animal vaccines; Amlogic Shanghai Co., a famous distributor of electronic parts and Jiangsu Berrien Robot System Co, a renowned producer of automation equipment. But there are no signs of the glamour candidate such as SenseTime Group Limited, the world’s biggest artificial intelligence startup, Ant Financial, the payments affiliate of the giant e-commerce Alibaba Group Holding Limited and Bytedance Ltd., the developer of the popular TikTok video app that are famous worldwide.

The Shangai market still poses a great threat to Hong Kong which is considered to be the world’s largest IPO fundraising venues in the year 2018. New York has also been a favored listed destination in for chins new economy firms. 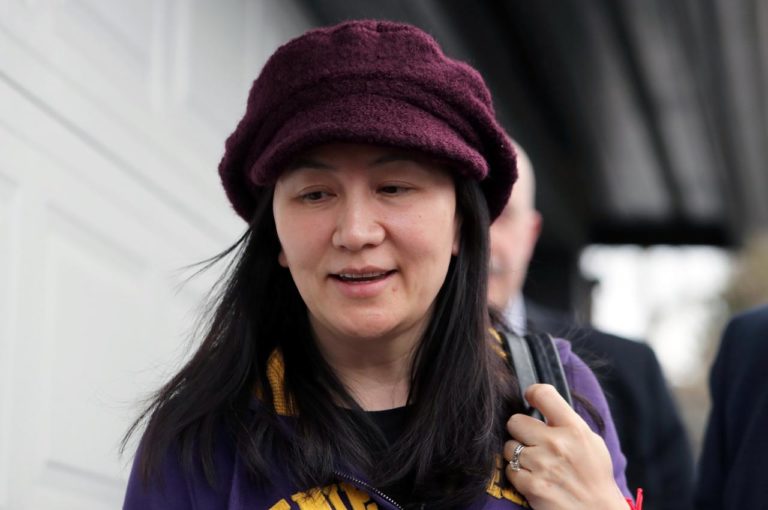 Meng’s father, Ren Zhengfei, was also reported saying that ever since her detainment in Vancouver, the two had become closer. The US wants Meng to be extradited in order to face charges for having engaged in bank and wire fraud. The warrant was for violation of American sanctions against Iran and Meng has strongly denied these charges. Ren was quoted telling the CTV that Meng was not happy working at her job then and she was looking for other options. Having faced these challenges, her relationship with her father has improved as she got to understand how hard life can be. Since she had a smooth path in the past, she wasn’t able to handle setbacks well, said Ren. His comments on suffering before becoming a hero were translated into English before airing.

Besides pressure from the US, there was also a deterioration in relations between China and Canada following Meng’s arrest. China has also arrested two Canadians on grounds of national security. Besides this, China has also sentenced to death a retired another citizen who had been convicted on charges of drugs earlier.

Ren also said that even though Meng has not violated any rules, both Canada and Huawei are turning victims as this case is harming bilateral relations and people in both the countries. Since the two used to be busy earlier, they had a lack of communication. But now, they speak over the phone every other day, and their bond has deepened.

Why Modern Kitchen Cabinets Should Be Your Top Pick

Alina - September 15, 2021
Modernity in the kitchen is something that new homeowners want. Is it really worth it? This is a question that you need to know...

Alina - September 15, 2021
Choosing a branding agency that isn’t the right fit for you couldn’t end up proving costly in the long run. And this is easy...

Alina - September 14, 2021
With the numerous benefits that the velocity banking system offers, it is easy to see why it continues to attract the attention of many...

Alina - September 14, 2021
Home improvement is an emerging concern to many homeowners. Many people are concerned about the appearance of their homes, more especially the kitchens. This...