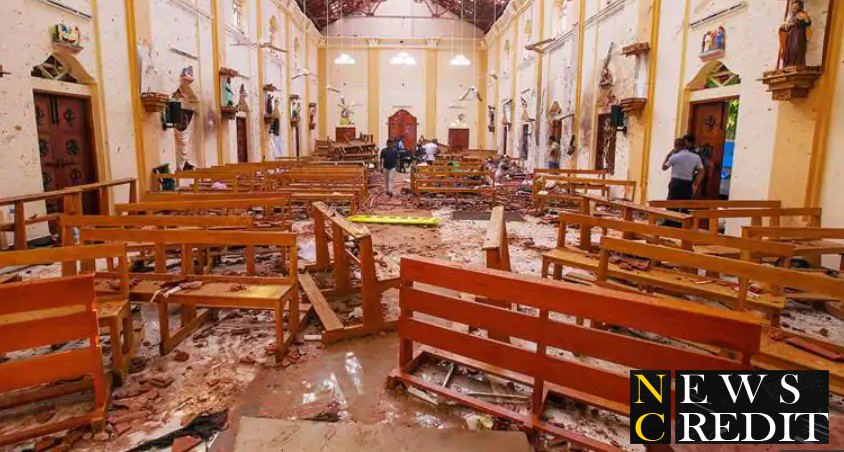 Sri Lanka has released a reduced number of the death toll from Sunday’s blast by over 100 to about 253. The change in figures is being associated with a calculation error as per reports from the health ministry. Suicide bombers on Sunday struck churches and hotels in the Colombo area and the Eastern city of Batticaloa leaving scores injured.

Most of those who lost their lives in the attacks which are suspected to be carried out by 9 people were Sri Lankans.  Dozens of foreigners were also casualities of the attack. At the moment, police are still carrying out raids and have already released photographs of seven people who are believed to be connected with the attacks.

The authorities are blaming National Thowheed Jamath (NTJ), a local Islamist group though the bombers might have had outside help. The Islamist state group has already taken responsibility of the attacks and have even gone ahead to publish a video of 8 men. However, the group has not provided evidence of direct involvement to the attacks.

Sri Lanka’s Deputy Defence Minister said morgues had initially provided inaccurate numbers of the death toll. As per reports from the health ministry, they had already competed all autopsies by Thursday and it emerged some victims were counted more than once.

The revised figures come at a time when the government is trying to bring back its lost credibility. This is amid criticism of its failure to take seriously intelligence warnings before the attacks were carried out. In addition to this, the government is also trying to deal with the spread of false rumours and fake news being circulated about the crisis. People are now living in fear not knowing when the next attack might take place. Some have even opted to seek refuge in mosques as they no longer feel safe.