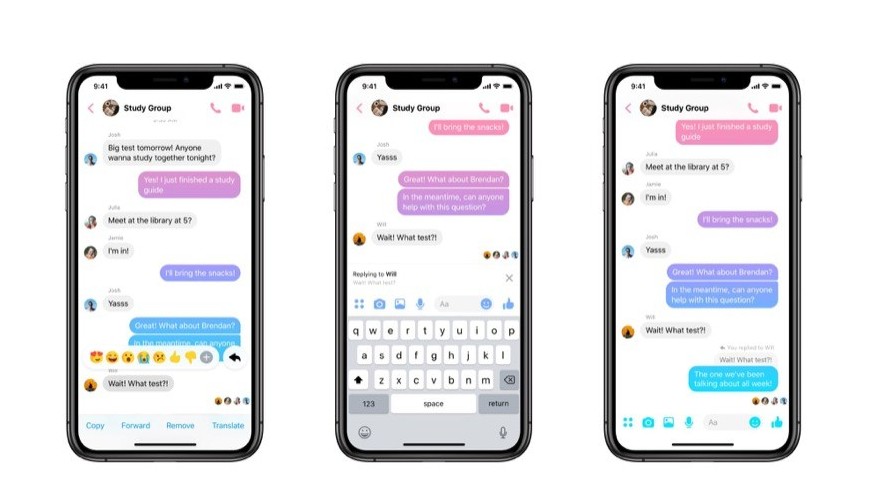 In India, the Facebook Messenger might not be as favoured as WhatsApp, but slowly it is going to catch up with WhatsApp. The quick messaging tool is unique; it links your whole Facebook friend list. It also offers some cool features like reacting to specific messages and also a green floating bubble to show active members right at that moment. You can have an active conversation with anyone. It is heard that Facebook Messenger will get a new feature for mobile devices where they will be able to reply to a specific message in the thread of conversation.

This feature is very similar to one of WhatsApp’s available feature. Facebook now owns WhatsApp also. Venture Beat revealed the news in a report. On an Android phone, the feature is not yet available, even the latest Facebook Messenger update via the Google Play Store. It indicates that the roll-out of the feature will be gradual.

When the feature rolls out completely, users will see a reply icon popping up on a particular message beside reaction emojis, after pressing the message for a bit longer. When users tap this, they will be able to reply to that specific message. The feature is similar to WhatsApp’s. The inclusion of the feature will be easier to refer a reply to a specific message. It will remove confusion like which reply is for which message, in typical, long and detailed conversations on Facebook Messenger. Above the reply, the original message will be displayed to keep users in the loop while conversing

WhatsApp has this feature for a while now, and it’s about time that Messenger will also get it. In term of users, WhatsApp is way more popular than Facebook Messenger. It uses your smartphone number, and you can use it on the phone. In the cross-platform, Facebook Messenger uses your Facebook account and work on both smartphones as well as PCs. The addition of this new feature will be useful for users.