The fierce cyclone ‘Fani’ has wreaked havoc on the banks of Odisha. To save the menace, about 10 lakh people have been evacuated from the coast of Odisha to safer places. According to the Indian Meteorological Department, the area under deep pressure on the southeast Bay of Bengal was transformed into a cyclonic storm ‘Fani’ on Saturday, which turned into a ‘serious cyclonic storm’. Cyclone Fani is currently located in the eastern equatorial Indian Ocean and the Gulf of nearby southeast Bengal.

In this context, let us know how the cyclone is finally named. In fact, the names of the cyclones are kept in order to identify the many storms coming together in the ocean. Generally, when the speed of a storm is greater than 61 km / h, then that storm is named after it.

The trend of name cyclone in the Indian Ocean started in 2000. In this connection, a formula was agreed between the eight countries of the region – India, Bangladesh, Maldives, Myanmar, Oman, Pakistan, Sri Lanka and Thailand in 2004. These countries created a list of 64 names for the upcoming cyclones. In this way each country suggested eight names. This list was assigned to the World Meteorological Organization (WMO). This organization based in Geneva, when it comes to cyclones in this area, gives the name on the basis of the serial that comes in the list. For example, India has given names like fire, sky, electricity, water, wave, cloud, sea and air. Likewise Pakistan has named Chandu, Laila, Neelam, Verdah, Titli and bullbull. For this reason, the name of the current storm in Odisha on the basis of the list is ‘Fani’. Similarly, the storm that came in this area last year was named Butterfly. The cyclone ‘Okhi’ came in southern Tamil Nadu two years ago in November, the name was also given by Bangladesh.

‘Felin’ in Andhra Pradesh and Odisha in April 2013 had wreaked havoc. Based on this list, the name of that cyclone was given by Thailand. The names given by these countries usually retire after being used once. In their place, the new gender of the same gender and the same spectrum gives the respective country. 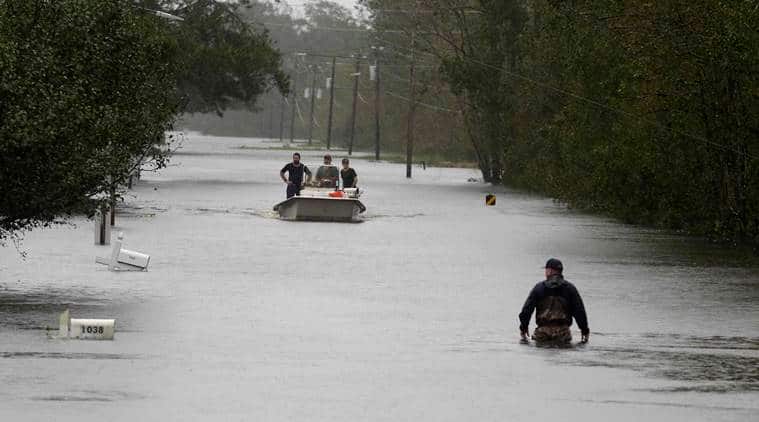 In the beginning of the 20th century, Australian meteorologist Clement Wraig began to name the tropical cyclone. During 1887-1907 he gave many names. He often used to name the cyclone on the basis of the names of those politicians who did not like his country. In the era of World War II, American Air Corp and Navy meteorologists usually named the tropical cyclone in the Pacific region after their wives / girlfriends.

During the 1950-1952, the tropical cyclone of the North Atlantic Ocean began to be named after the alphabet of the English alphabet. After that in 1953, the American Meteorological Bureau chose women names for it. Since 1979, the World Meteorological Organization and the American National Weather Service created a list of names that included male names.

Translating Your Tone As well As Your Words Using Google’s Prototype...