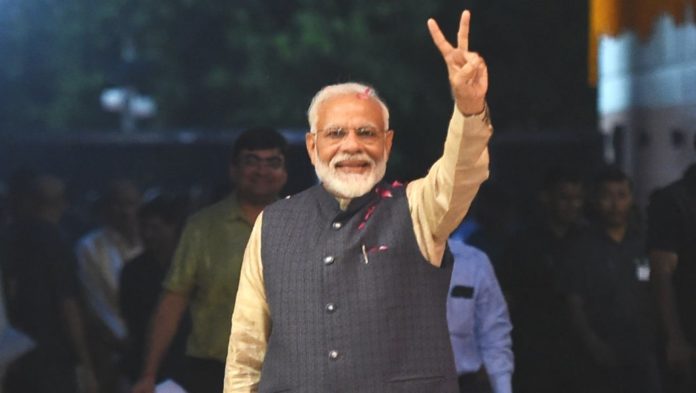 Indian Prime Minister Narendra Modi has secured another five year term in office after winning a landslide victory in India’s general election. Mr. Modi’s party, Bharatiya Janta Party (BJP) looks set to win close to 300 parliamentary seats out of the 543 in what Mr. Modi hailed as a historic mandate. Indian main’s opposition party, headed by Rahul Gandhi has already admitted defeat in the general election which had more than 600 million people voting in a period of six weeks. Speaking at a press conference in New Delhi, Mr. Gandhi conceded losing the general elections together with his Amethi seat in Uttar Pradesh which has been held by his family for many decades now. 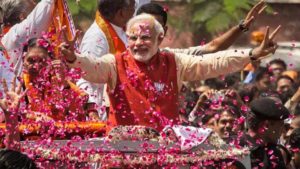 As per the announced results, Mr. Modi’s BJP is expected to clinch about 300 parliamentary seats. This number combined with the close to 50 seats won by BJP’s allies means the party is set to have about 350 seats in parliament. On the other hand, India’s main opposition party, the Congress Party, is only expected to win not more than 55 parliamentary elections. Mr. Modi has not only exceeded the poll predictions but has also won more votes when compared to the 2014 partial elections.

In order for a party or coalition to form the government in India, it needs to have at least 272 seats in the 53-member lower house of parliament or Lok Sabha. In 2014, Mr. Modi’s BJP party won 282 seats making it the biggest victory by any party in 30 years. The congress party also suffered the worst defeat during 2014 general elections after only winning 44 parliamentary seats. During this year’s elections, close to 900 million people were eligible to take part, making it the largest elections to have been witnessed worldwide. These elections were done in seven rounds of voting.

The historic win has proven that people are not blaming Prime Minister Modi for the issues experienced during the last years while in power including an increase in unemployment rates. This means people have faith in his leadership and are willing to let him lead the country until the next elections.