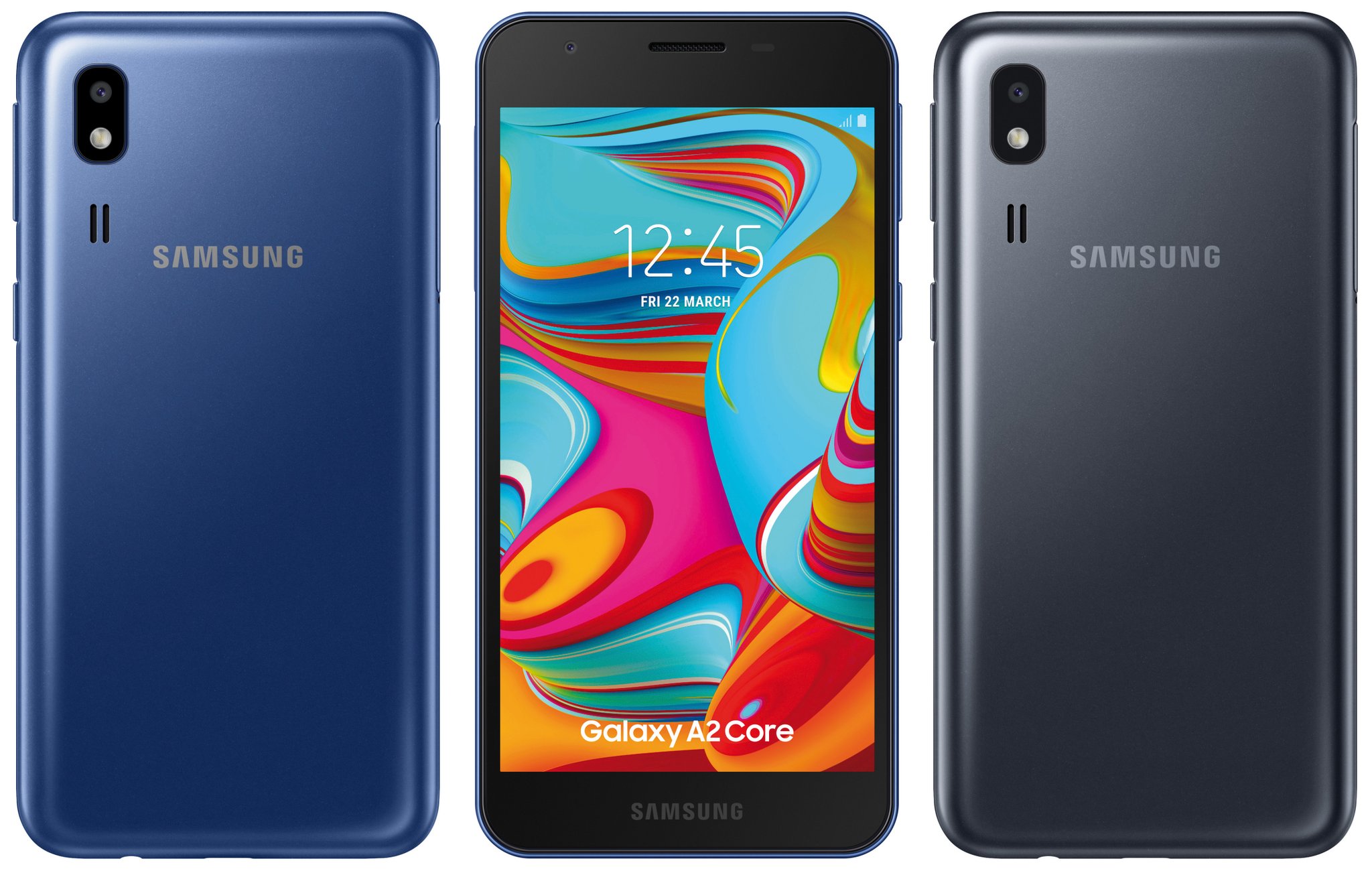 Samsung Galaxy A2 has officially been launched into the Indian market. The new smartphone seems to be succeeding the Samsung Galaxy J2 Core phone which was launched last August as it runs on Android Pie (Go Edition).  Any person who has had a look at the specifications will tell you that is it is packed with the latest technology. The Samsung Galaxy A2 Core comes packed with a 5-inch qHD display that is powered by Exynos SoC. To enhance performance, the Exynos SoC is paired with a paltry of 1GB RAM. Unfortunately, the camera is not as many would want it to be since it is a single 5-megapixel camera on the front and rear.

As per reports which leaked last month, the phone is expected to come with additional features that include Bluetooth v4.2, 4G LTE, FM radio, 3.5mm headphone jack, Micro-USB port and a Wi-Fi 802.11 b/g/n.  The phone is also expected to have a dimension of 141.6 by 71 by 9.1mm with a weight of 142 grams. There will also be an inbuilt storage of 8GB with owners given the option of expanding the memory via a microSD card up to 256 GB. This space is enough to carry out all your activities using the phone without encountering any problems.

Since the Samsung Galaxy A2 Core makes use of Android Pie (Go Edition), it will come fully installed with a host of Android Go apps which have been optimised. Some of the apps that you will get include Maps Go, Google Assistant Go just to mention a few. For those who are into colours, you will get to choose between black and blue. You should be ready to part with Rs. 5,290 before purchasing the Samsung Galaxy A2 Core. This is not that bad since you are set to benefit from what the phone offers.