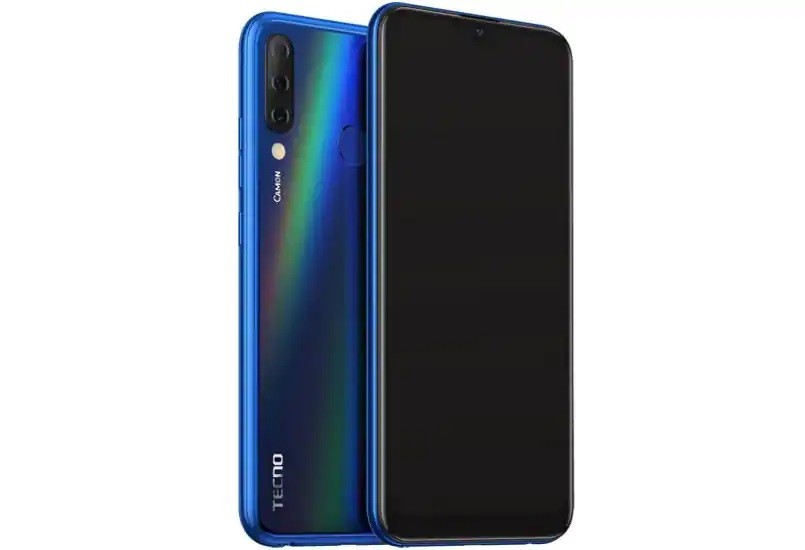 Tecno Camon i4, the latest offering from the Transsion Holdings brand has been launched in India. Transsion Holdings has been an offline brand, and the latest model from this company i4 features a triple rear camera which can be considered as its biggest highlight. The phone comes with Android 9.0 Pie out of the box and has a waterdrop notch display with the 6.2-inch screen.

The mobile has face unlock, 3,500 mAh battery and MediaTek Helio P22 SoC. Based on the price point, the Tecno Camon i4 will be competing with Redmi Note 7 in India.

Tecno Camon pricing starts from 9,499/- where the users will get a basic version of the mobile with 2GB RAM and 32 GB internal storage, the next version of mobile costs 10,599/- with 3GB RAM and 32 GB storage and then the final version will be available at 11,999/- for 4GB RAM and 64 GB internal storage. Mobiles will be available in four variants- Champagne Gold, Aqua Blue, Nebula Black, and Midnight Black colors.

The 2 GB and 3 GB variants will have Quad-core MediaTek processor whereas the 4 GB variant will have octa-core MediaTek processor. All the three variants of Tecno i4 will sport a triple camera at the rear end. The primary camera is of 13 Megapixel, the secondary camera is of 8 Megapixel, and the third camera is of 2 Megapixel. The company added some extra features like Bokeh mode, stickers, etc. on the mobile. The front camera of Tecno i4 is of 16 Megapixel with special low light photography feature.

Mobile comes with two internal storage variants-32 GB and 64 GB. Both variants have expandable memory feature with SD card. You can find fingerprint sensor on the rear end and the phone also comes with face unlock feature.