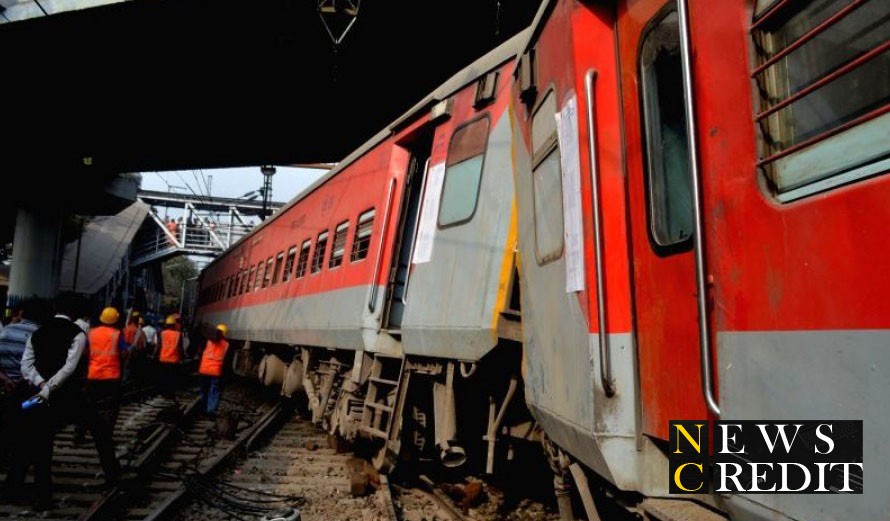 A train accident occurred on Friday night in Kanpur, Uttar Pradesh. 12 bogies of Poorva Express (12303) from Howrah to New Delhi have derailed. About 20 people have been injured in this accident. According to the news agency ANI, this incident happened at 12.50 pm. It is being told that 12 train bogies have been derailed due to the collapse of the train coupling. This accident happened near Ruma town.

The speed of the train was around 100 km/hr during the accident. Due to the breakdown of the coupling, the train engine and 5 bogies went ahead, while the 12 coaches got derailed. The incident took place about 20 kilometers away from Kanpur.

NDRF team posted on the spot

On receiving the information of the train accident, local administration and railway administration came on alert. NDRF team has been deployed on the spot. Railway officials said that there was no sign of any casualties in this accident. 20 people have received minor injuries. Who have been sent to nearby hospitals. 15-20 ambulances are deployed at the accident site.

On 12th of the night on Friday night, 12 train bogies derailed in this accident. About 20 people have been injured in this. The relief is that no one has died in it. It is possible that due to a special technique, the used cookers were being used in the Poorva Express.

The name of this technique is Link Hoffmann Bush (LHB). Coaches made with this technique are extremely comfortable. In LHB coach, passengers do not feel shock during the fast speed of trains. At the same time, the highest quality of coach made by this technique is that during the train accident, these coaches do not climb over one. As it is seen in general rail accidents that the rail coach climbs one over the other. There is a possibility of more deaths in such accidents.