Micro Blogging Site Twitter has introduced a new feature that will allow users to add images, videos and GIFs in the feedback. There are 32.6 million Twitter users worldwide. Twitter announced Monday night that this feature is available for both Android and IOS users. Twitter support tweeted, “It’s easy to tell your feelings by retweeting a comment. If you go one step further, add media to it. Starting from today, under this feature, you can add photos, a GIF, or even a video to your backup. You will be able to. ” 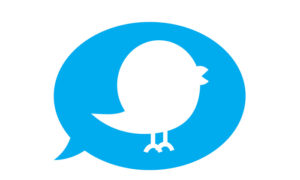 This feature has been made available for Twitter’s mobile website. “We found that it was challenging to recapture the media with the media,” said The Verge, quoting the Twitter spokesman. This was due to the layout, where two big tweets were involved. According to the report, for its solution, Twitter has now reduced the size of the original tweet to a relatively small size, and the media of retracting users has been given full size.

However, full details of the availability and operation of this feature on the desktop are still unclear. According to the report, “If you see it on a desktop browser, you will not get it now. Hopefully, Twitter will fix it soon.”