On Wednesday (September 18), Venezuela’s socialist government called on the United States to restore diplomatic ties with Caracas. This comes after they opened talks with fringe opposition parties.  Venezuela had initially broke off relations with the United States after Washington had recognized opposition leader Juan Guaido as interim President on January 23.

Speaking to reporters, Venezuela’s Vice President Delcy Rodriguez said it made sense for the Unites States “to restore diplomatic contracts and dialogue with the government.” He added that  Washington was only left with “a single path” after their failed efforts to remove Maduro from power, and that was “negotiation and diplomatic communication.”

President Donald Trump’s administration had initially targeted Venezuela’s oil industry and Maduro’s inner circle with a number of economic sanctions. The United States say Maduro is to blame for the economic collapse of Venezuela, from which millions have fled the country due to basic shortages. They also consider President Maduro to be illegitimate after there were widespread reports of irregularities during the last election. Last month, both President Donald Trump and Maduro said talks had been taking place involving senior officials from both parties.

Vice President Rodriguez has welcomed Monday’s agreement involving the government and minority opposition parties that are outside of Guaido’s coalition. This action was aimed at opening negotiations on political changes in order to resolve Venezuela’s crisis. Former presidential candidate Javier Bertucci also joined in the pact on Wednesday. Edgar Zambrano, Guaido’s deputy as National Assembly leader, was the first person to be released late Tuesday. He also said 58 other opposition figures were set to be released as from Wednesday.  The agreement mainly involves the return of socialist lawmakers to the opposition. 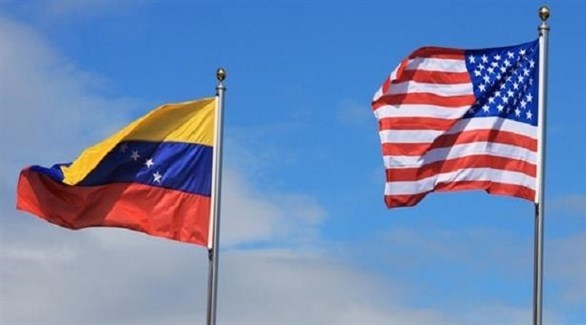 Speaking to reporters, the Assembly’s deputy Vice-presidentStalin Gonzalez said the agreement would allow Maduro “to cling to power.” The latest deal by Venezuela’s government is aimed at sidelining Guaido by flooding his power base with pro-Maduro members. The National Assembly is the only one of Venezuela’s governing institutions that is not under Maduro’s control.  However, the National Assembly, in a defiant move confirmed Guaido as its leader.

Closed diplomatic ties between Venezuela and the United States came after President’s Donald Trump regime failed to recognize Maduro as the leader of Venezuela. Guaido, along with the Trump administration and other international observers argued that Maduro was not the rightful President of the South American nation. They also claimed the election was rigged so that the dictator could win a second six year term.

It is unclear about the next step of action to be taken by the United States since they are yet to issue a response. For now, we only have to wait and see how things are going to unravel between the two nations as time goes by. It is then that the fate of diplomatic relations between Washington and Venezuela could be determined.